I studied business disruption in college, but I never planned to become familiar with career disruption.

Life had other plans, however.

Shortly before Christmas of 2010, I was fired.

Though the memories of that fateful day are in no way painful, they are vivid, illuminating and funny than sad.

Sure, I remember the brief talk with my boss and the head of HR. But what sticks out most is what happened immediately before and immediately after the talk:

Today, more than 1,000 days removed from that moment, these elements are what I remember most vividly about the occasion.

I’ll start by saying three people I’ve never met—Al Ries, Dorie Clark and Whitney Johnson— played invaluable roles in getting my career back on track. Their writings and books were instrumental in the next steps of my professional development, helping me gain a level of clarity I’d never before experienced.

To understand how, we need to go back in time a bit, which will provide some much-needed context and highlight the roles each has played in my career.

My first hard lesson: Effectively manage your career, or someone else will manage it for you

Within an hour of receiving the news, I had two job offers; within 24 hours, the number would improve to four, all of which were viable, though not feasible. I had a strong inkling of what it was I wanted to do—become a consultant—but I was afraid to make the leap.

So I allowed fielding offers to become a distraction. The calls and emails were steady.

I knew something was amiss when I got what I thought was a “dream offer”—the financial backing and technical support to become publisher of my own online publication. It was a role I’d envisioned as being ideal, but within 36 hours, I knew it wasn’t right. I called the head of publishing and came clean: “I’m not sure this is what I want. It wouldn’t be fair to waste your time and resources.”

Truthfully, I knew the company mainly wanted me for my name and my contacts.

My second hard lesson: Looks can be deceiving

Something gnawed at me. Constantly. It wouldn’t go away.

I began to think back to those times in my professional career when I was happiest: I was learning, in a position to share what I’d learned and I was interacting with people.

I was eager to consult, share my input. But I lacked the confidence to make the leap.

Interestingly, the calls and emails from company owners looking for my expertise in helping to launch their products never stopped, forming the highlight of my day, though I was yet to start getting paid for the knowledge I passed on.

It was satisfying to talk to investors, wealthy business owners and VPs of marketing, walking them through design, distribution, branding, PR, advertising and overall strategy.

I began reaching out to friends, some of whom owned their own agencies (e.g., PR, branding, communications), asking for their honest assessment of my skill set and of my intention to move forward with consulting.

My fear: Though, I’d been a de facto “consultant” for years, while an employee of ESPN, I was a writer, researcher, knowledge-junkie first.

“I can start sending you PR business I cannot take right away,” said one friend.

“Figure out the one thing you are best at and enjoy most, then go after that business,” said another friend who heads a branding agency in Denver, Colo.

Before he hung up, he shared some advice that would prove to be invaluable: “Be sure to read Al Ries’ Focus. It’ll help you.”

The information that changed it all, however, came from my “sister” Janet, a dear friend who owns a communications firm in Vancouver, Washington.

Sensing my trepidation at being able to garner consulting clients if my primary focus and unique value proposition (UVP) was content, specifically writing, she said “Don’t worry what you call yourself. Remember, the folks who hire you typically won’t know what they need. They’ll hire you initially for content, then use you for PR, branding, product design, marketing and everything else you’re good at.”

My second layer: The summer it all changed

In the summer of 2012, I committed myself to social media, in addition to reading more business-related blogs and interacting with fans and followers.

I spotted a blog by Whitney Johnson titled “Disrupt Yourself,” piqued my interest because I credit Clayton Christensen, the father of Disruptive Innovation, with veritably “launching” my business-writing career.

The blog shined a light on dramatic career change and how a non-linear path will be the norm for many of us. The piece made a strong case that such a path can be one that leads to great success and, most important of all, intense career satisfaction. What’s more, the blog highlighted the need to be proactive in charting your own course with regard to career disruption.

“[I]f as an individual you’ve reached a plateau or you suspect you won’t be happy at the top rung of the ladder you’re climbing, you should disrupt yourself for the same reasons that companies must.”

I soaked up the blog, then began scouring the web and social media for anything else I could find on Johnson, someone who herself enjoys an amazing, “disrupted” career.

I found plenty to read and learn from, but the greatest impact came from watching a video where Johnson described how she disrupted her own career, highlighting for viewers how they can make similar leaps in their own careers. 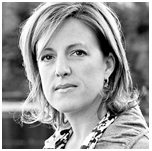 Her talk gave me confidence, inspiration for my own journey, steeling my resolve at consulting. I was also thankful to Johnson for shining a light on the Christensen’s career, one that does not get nearly enough attention as it deserves.

My third layer: Putting it all together

Around the same time I was reading Johnson’s “Disrupt Yourself” writings, I began to pay particular attention to another prolific writer: Dorie Clark, who was very active on Twitter.

Realizing that developing a personal brand was instrumental to my success, one post she wrote really spoke to me. In it she broke down the key elements of personal brand building, including finding uncontested territory, areas where you possess an advantage that no one else can match; how your personal is the culmination of your product or service and your unique experience; the importance of following your passion; and the critical nature of finding and interacting with your core audience.

She had me with “Find a hole—the secret conversation…others are missing. Fill it, and you win.”

Where Clark helped me immensely was in using social media to assist my brand-building efforts.

Even though I’d had a Twitter account since the early days of the platform, I’d only started to consistently use the site in 2011, and even then only tepidly. As I threw myself into Clark’s writing, I saw the nuanced relationship between who I was, online and offline, who I was becoming and how the expansion of my audience would pay huge dividends in the future. 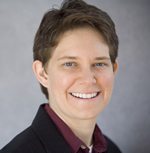 She helped me articulate how my passion, gift and career choice were all intertwined.

Clark’s writing is as salient as it is insightful and compelling. And like Johnson, hers is a voice I seek out daily, as much for inspiration as for confirmation.

The final outcome: What a successful career disruption looks like

Through reading and learning, even as I took on and worked with clients, I could hone my skills and reshape my strategy to fit the needs of my clients while also satisfying my long-term aspirations.

In short order, I was able to see astounding results:

As you might expect, Clark’s and Johnson’s writing continue to help guide my path.

If you don’t already read the authors, I suggest you start.

In the comments below share the names of some authors who have helped shape your career? 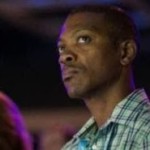 Why Personal Branding Is Invaluable in the Digital Age

A Tactical Guide to Effective Public Speaking for Marketing, Content and Tech Events

Displace Yourself: It’s the Only Viable Career Option

Why Reading Must Be Part of Your Personal Content Marketing Plan