Why You Should Find Your Content Strategy Community Online

Why You Should Find Your Content Strategy Community Online

One of my friends, an executive at a multi-billion-dollar outdoor brand, shared with me that online marketing was blistering hot.

“If you’re focusing your energy anywhere else, Ronell, you’re making a mistake,” he said. “We just hired an online marketing manager, and we’re paying her more than $90,000.”

Those words served as an imprimatur for me to eagerly study and read SEO blogs and set up Twitter lists to follow prominent SEO authors.

Learning SEO would prove helpful for building my new website.

In the years that followed, I continued reading the blog while making steps to meet members of the community, both locally and online.

Also, during this same period, I was getting my content strategy sea legs and had reached out to Jon Colman, who was nice enough to mentor me. He also recommended that I attend MozCon, not the least because content strategy and UX superstar Karen McGrane was speaking.

Which brings me to a story of how, for the first time in my life, I was starstruck.

I’m standing at the bar at EMP Museum in Seattle, when it happens: A “celebrity” turns to face me, drink in hand. My response: behave as though I was a character in the movie Frozen.

“Oh, my gosh,” I thought. “That was her. Wasn’t it. Maybe it wasn’t. I think it was, though. Damn! I just had the chance to meet Karen McGrane in person and I stood there like an ass. You idiot. Man, I hope it wasn’t her.”

At the beginning of 2014, I created a note to remind myself to thank Jonathon Colman and Sara Wachter-Boettcher for all of their help during the previous year.

The goal was to write the (blog post) note in January 2014, after promising myself that ‘14 would be the year of transparency and authenticity. As the months flew by, I began to make false promises, especially the one about waiting no later than April to get it written. (Yes, I’m nearly a year late.)

How my content strategy community online found, even though I wasn’t lost

In early 2013, I’d finally settled on what I saw as a workable plan (er, strategy) for the career road ahead. After many talks with friends, colleagues and mentors, I planned to actively market myself as a web content writer. I’d spent much of the previous three years as a consultant. But taking on jobs ranging from PR to branding, media relations, social media strategy, web content writing and product design/innovation consulting proved too much to manage.

I needed a niche, or so I believed.

And, honestly, I was lying to myself by thinking I could cover all of these areas well. (I also did not especially enjoy some of the work I was doing.) 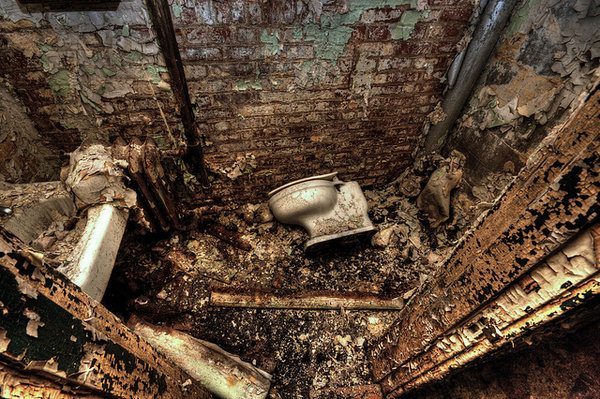 Hanging out a shingle as a web content writer would ensure I was able to get the work I wanted, while at the same time making it more palatable that I receive far fewer requests to help in areas I lacked passion for.

The work was steady, but something was off.

The companies that came to me for “content help” needed more than content. Most of my time was spent as an adviser.

Discovering the bridge to the great divide

Two things kept gnawing at me:

These companies, large and small, needed far more than content. They needed strategic direction, insight, help solving significant problems, many of which they weren’t yet aware of.

Before this period, most of the clients I worked with were in the outdoor industry—sporting goods retailers, fishing and hunting brands, apparel makers, footwear companies, etc.

But I was swiftly moving away from the category, preferring to do for sexier brands what I’d done in boring industries for well over a decade.

I always joke that being a consultant reminds me of my days as a newspaper and magazine business writer: (a) you’re always learning; (b) what you learn each day is always different than what you expected to learn; and (c) putting the things you learn to use makes the work even more exciting.

That was exactly the case in April of 2013, when I met the owner of a large construction company who was in the midst of opening a new restaurant in the area.

“Can you help with inbound marketing?” he asked, while continually using references such as “like marketing on steroids” and “an injection to conversions” to describe the tactic.

We talked about branding, web design, SEO and marketing, then scheduled a meeting for later that week with his partner. During that meeting, I had an aha moment, realizing more clearly than ever that businesses need as much help with strategy and content as they do SEO and inbound marketing.

Problem is, companies too often see SEO (and SEM) as an imperative while viewing content through a “we-can-get-to-that-later” lens.

The partners opening the restaurant had little more than a business plan, a location, the skeleton of a website and funding, but they were already thinking about the role SEO/SEM would play in making the business visible.

However, when it came to content for the site and the marketing, “We need someone to blog for us” is all they could muster.

This conversation coincided with a period when I was making an active push to be more visible on social media, especially Twitter, which was a chore given that I’m far more private than forthcoming.

But I dove in, eager to learn from like-minded folks.

The Moz community was a no-brainer since I’d been availing myself of the brand’s content since 2010, when I launched this site and was thrust head-first into the SEO world. The Buffer audience, too, was an ideal place to start, for I’ve been using the platform from the very beginning.

How I found my people 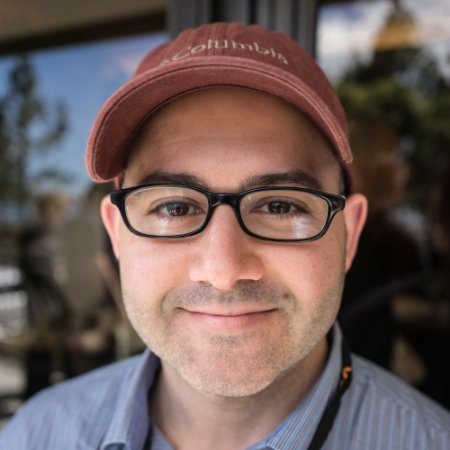 I started following lots of SEOs, too. But the folks who really earned my attention were content strategists. They were speaking my language, highlighting the same issues I faced daily with clients and prospects.

My newfound content strategy community online got it—and me. I was not the vox climantis in deserto.

One of the accounts I started paying attention to on Twitter was that of @clamhead, who seemed like a good person to reach out to regarding content strategy resources.

We all know what happened next: She recommended Jonathon Colman’s website.

After many weekends spent diving into the blogs, interviews, podcasts and videos from this group, I knew very clearly that I’d finally found my people.

It was soothing to see a community of people sharing ideas around the same issues I faced daily.

For as much as I loved being a consultant, the one thing I could never shake was the frustration at sharing with people information they knew they needed but were unwilling to act on. After a while, it makes you question the message, the delivery or the efficacy of your techniques.

It’s hard not to take it personally.

Then I discovered an interview of Halvorson by Distilled.net, and the planets seemed to align.

Her answer to how she approaches getting leaders to effect change in their organization really resonated:

“I always tell people I think one of the most important things content strategy brings to the table is a set of the right questions. Asking the right questions way before any work actually kicks in or gets done, to really understand: What do you have internally that is supporting your content efforts, or is not? Where is it that you want to be? What is that gap between where you are now and where you want to be? And what realistically are the resources that are going to help you get there? If you can really take a hard look at that, and make strategic recommendations about implementation within that reality, then stuff gets done.”

These were the exact same things I’d been saying to clients since 2010. Only I wasn’t seeing my work through the prism of content strategy. I was seeing it as, well, strategy.

And that’s where it all came together: Content strategy in so many ways was the marrying of two of my career loves: strategy and information.

The more I dove into the community, the more appreciative I felt. It certainly didn’t hurt that content strategy and user experience folks are lights-out bright but are not typically prone to the frequent pissing matches so often found in other areas of online marketing.

This was a welcome finding for me. I studied biology and psychology in college, and have always enjoyed being around bright people who act like they don’t know they are the bee’s knees.

Slowly, as I gained more comfort with the field and the people in it, I began to email some of the folks whose work I really enjoyed, either to share how much I appreciated a piece of content they’d shared or to say thanks for shining a light on a previously-dark spot. I didn’t expect a response, but typically I received one.

One of the people kind enough to respond to my emails was Sara Wachter-Boettcher (SWB), who sent me a very encouraging note as a new entrant to the field and who was generous enough to answer any questions I threw her way. 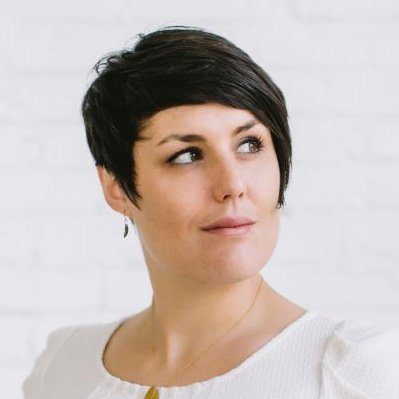 As it turned out, she was opening my eyes while simultaneously opening my mind to the plethora of opportunities around me.

“Where in Texas do you live?” she asked via email. “Can you make it to Confab or another content strategy conference in the next year? It’s really, really helpful for building a sense of community and ‘finding your people.’”

[Ed. note: Aside from being an extraordinarily generous and kind person, SWB is a talented writer who wrote one of the most through-provoking titles of 2017: Technically Wrong: Sexist Apps, Biased Algorithms, and Other Threats of Toxic Tech]

I wondered if there might not be other conferences I should attend. I reached out to Colman again, and he recommended a handful of such events, including Mozcon.

around the event. (In 2015, I even spoke at Confab Central, which was a treat beyond measure.)

In the last 18 months, I’ve gotten to know many more supportive, awesome content strategy (plus UX and IA) peeps, some of whom I now consider dear friends.

And even people I don’t know very well have provided invaluable advice, information.

For example, when I received an offer to head content strategy at an agency in DFW, I was able to pick Wachter-Bottcher and Colmans’ brains, in addition to the brains of folks I don’t know and have never met—Erin Abler (@connotes) and @DiaryCS among them—but who were kind enough to walk me through everything from likely expectations to salary.

And when I got the job, these same folks were the first to wish me well.

Good news turns me into a big ball of mush. Here’s to you, Content Strategists: http://t.co/wSTdIBVIFr

To those folks and the myriad others I’ve interacted with online, I say thanks.

If you’re new to the field, don’t be shy. You won’t find a more sharing group anywhere only the planet.

Here are a few hyper-simple tips to get you started:

Now it’s your turn. Trust me when I say you’ll be amazed at the sense of comradery you experience from interaction with those in the field.

How are you finding your content strategy community online?

How To Stand Out When Applying For Content Marketing Jobs