There is no magical time of day for your brand to use Twitter for brand authority and reach, according to research by Stone Temple Consulting.

The Boston company’s  Twitter study is tantamount to a myth-busting experiment that should make it easier for businesses and individuals to more effectively manage their use of the platform.

While several areas of the study are sure to open some eyes, the findings surrounding the best times to tweet will certainly have folks scratching their heads.

I received advanced warning regarding the results, and still I was floored by what I read.

During the State of Search conference in Dallas last month, I was fortunate enough to chat with STC’s founder Eric Enge in between sessions. We chatted about Google Hummingbird, which was the substance of his talk later that day, and I asked what else he was working on.

“We’re just a few weeks out from releasing a Twitter study,” he said. “I think it’s going to surprise some people. For example, you…have undoubtedly read or been told that time of day matters for retweets. Our data shows that it makes pretty much no difference at all.”

We had to break off the conversation at that point, owing to the fact that we both needed to be somewhere else, but his words really piqued my interest.

How can that be? I thought.

Once back in my office, I checked the articles I’d saved to Evernote on the topic; I found the charts below, from Buffer and TrackMaven, respectively. 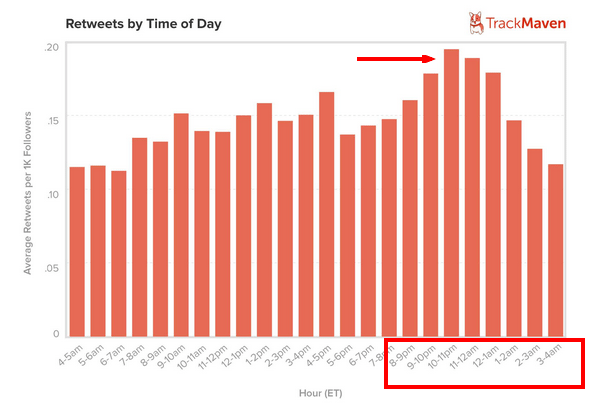 Seems fairly consistent and sensible, right? Retweet times go up in the evening, after people leave work and have time to visit their Twitter feed.

Or so we thought.

While the TrackMaven study analyzed 1.7 million Tweets, STC looked at four million tweets across multiple languages and tens of thousands of users. (The results reported in the current report, though, only take into account 1.9 million tweets and 27,133 users, all from the Western language.)

Some of the most impressive findings surrounded images, hashtags and retweets.

The time of day has an insignificant impact on your chances of getting at least one retweet.

Allow that to soak in for a moment. All these years we have been carefully scheduling our sharing on the platform to coincide with the 9 am to 6 pm window, and it was largely all for naught. 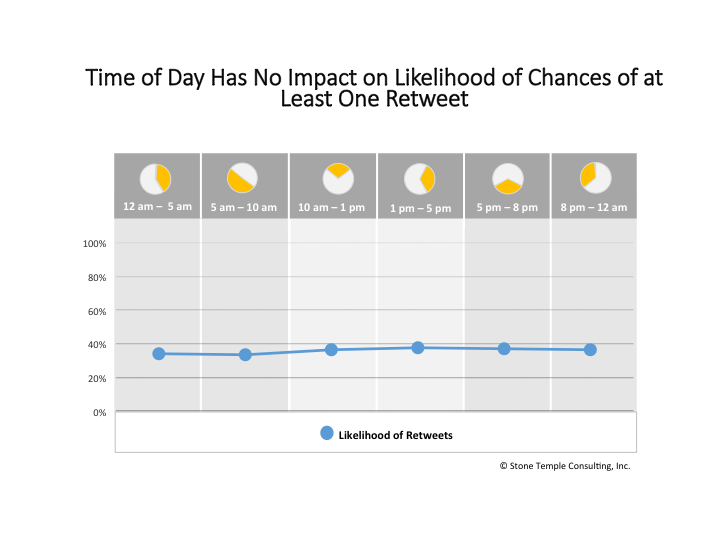 Can there be some variance for your business? Of course. But this at least makes us aware that we no longer need to obsess with posting times and such.

What you should do with this information: First, stop fretting over post times.

Consider scheduling more posts earlier in the morning and later at night, then monitor the analytics, using the tool of your choice, to gauge the response rate and tweak the schedule accordingly.

I’ve found that scheduling posts well after midnight and before 6 am yields a lot more activity than I expected, owing in large part to having an active group of followers from the United Kingdom.

This made me aware of the need to schedule more tweets around the clock, in addition to actively monitoring my feed when I awaken each morning.

Images can more than double the likelihood of a retweet

It’s not a surprise that images increase your chances of getting a RT.

The surprise is in how much of an increase it results in. As you can see from the chart below, even for folks who don’t have a strong social authority, images can nearly triple the chances of a RT.

As Enge said in the video below, “You’d be crazy to not include them, if you’re trying to drive engagement.” 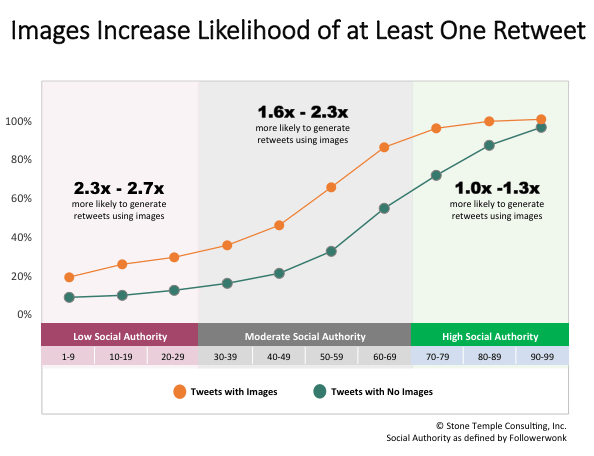 With such glaring figures, it’s nonsensical to quibble over how much of a priority images should be made when sharing content via Twitter. Do it. The end.

What you should do with this information: The first step is to commit to making images a priority in all content you create, including blogs. (I list several sources for images/image creation below.)

Most important, get beyond thinking of images/visuals as simply pictures. Consider using charts, graphs, drawings, comics, screenshots and sundry illustrations to the mix.

These not only add variety, but they help ensure you always have a graphic on hand to share via social.

What’s more, the plethora of choices makes it easier for you to experiment and see what works best.

You’ve heard it a million times: “Add hashtags to your tweets. It dramatically increases the odds of getting retweets.” This study pretty much puts a fork in that line of thinking. While hashtags can make a difference, it’s not enough of a bump to justify spending a great deal of time creating and/or adding them, especially when they eat up characters. 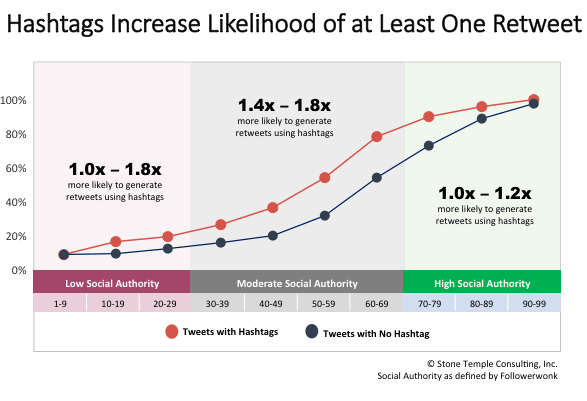 What you should do with this information: Don’t refrain from using hashtags, but do so only when they make sense.

Better still, take the time to discern the best hashtags for the content you’re sharing, then add where appropriate.

I applaud the Stone Temple Consulting for the thoroughness of this research.

The work they’ve done will make it easier for online marketers to use Twitter more effectively.

This blog is a brief snapshot of the information contained in the study. For complete details, visit the brand’s website.

Check out the video below for an excellent encapsulation of the study.

How are you using Twitter for brand reach and authority?